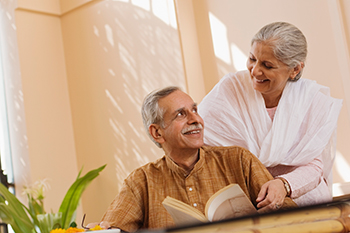 Computer honors senior citizen but not my compatriots

President of Pakistan Dr Arif Alvi couple of days back has eventually signed our Senior Citizens Bill 2021 which is very good step in the right direction to be honest though judiciously speaking, if not annoying, it must had been passed many decades ago for the very simple cogent reason that we had thousands of senior citizens, both males and females, right on 14th August, 1947 when my beloved Pakistan was born but nevertheless it is still better than never in any case.

As a matter of fact, Senior Citizen concept is very old concept and almost greater majority of countries, particularly Western do reckon its importance and make all out efforts to look after the welfare and happiness of senior citizens in more than one manner and truly speaking the concept of senior citizen is not at all alien to my beloved Pakistan in any case but very much regretfully we have utterly failed to truly implement it in its true spirit and application in Pakistan.

Roughly 15 years ago I was sitting in departure lounge at Karachi airport to board a PIA flight for Lahore and after about 20 minutes PIA announced that senior citizens and families may please board the flight. I was more shocked than surprised to see that all those who along with me were sitting in the lounge instantly picked up their hand carry baggage stood up and queued to board the flight. My co-passengers, of course included young and old, highly educated and just matriculates (I guessed through their appearance) nicely clad in beautifully stitched two piece suits with matching neck tie and even casually dressed up in kurta shalwar. I went to a PIA official and told him that PIA announced not for all but for senior citizens and families but everyone has lined up. She said I am helpless because none listens us and she told me to please board. I told her that being out of Pakistan since 1976 I do not know what is the age of a senior citizen in Pakistan but she did not know. Out of sheer curiosity I went to talk to a male PIA employee and asked him if he knows the age of a senior citizen but he was as blank as his female colleague but he also told me to board the flight. I argued with him saying that if 65 is the age of a senior citizen then I don’t qualify and wait for next announcement but told me to board now rather than waiting for next announcement. It really very abominable and frustrating for me at least if not for others to realize that in my beloved Pakistan neither the officials are concerned nor public bothers on such like subject.

I flew out from Kuwait and landed at Lahore airport. I headed for immigration counters and was very much pleased to read that one counter is exclusively for senior citizen and families but my goodness everyone had lined up without caring the least if they qualify to queue up at this counter. Karachi airport experience was very much fresh in my mind so I met a three star FIA inspector and I told him that he must ensure strict compliance of the rule but he showed his inability to enforce the rule. I told him that if you being in uniform cannot control then who will and he said our compatriots do not listen and instead feel proud in breaking laws than obeying laws. I told him that I will get it published in newspaper and he said sir you are free to do whatever you want. He, however, took me with him to the counter and got my passport stamped much ahead of all those who lined up. I wrote a letter to an English newspaper explain what I had experienced at Lahore airport and luckily my letter was published in the newspaper as well.

Few months later, I flew back to Lahore and believe you me my compatriots were as ignorant as before and I really very much regret as to why and how they do not respect the laws of the country. I lined up at senior citizen counter and looked around to find any FIA official. Luckily, a two-stars officer was at some distance whom I waived and he very kindly came to me. I told him the same and he very bitterly complained that Pakistanis do not listen come what may. He said if I shunned off youngers from this counter, they will leave and go to other counters but if I leave the place they will again be here. He like his predecessor was too kind to me and got my passport stamped ignoring those who were younger but lined up there.

Latest, yesterday 21st July, 2021 was 2nd day of Eid ul Azha in Kuwait and I with my wife, daughter and a friend went to very popular restaurant to dine out. I did not reserve our seats so the reception told me to give my mobile to her and wait in our car and she will call me after about 45 minutes when 4 seats could be available. I realized that many Kuwaiti males and females who came before me are waiting. I told the lady that I am 78 while my wife is 68 meaning by we are senior citizens and she said do not worry I will accommodate you. Few minutes later a table became vacant so she talked to Kuwaiti who was 1st on waiting about my status and he very graciously agreed and surrendered his rights telling the girl to accommodate we four.

Some years ago, when I had flown out from Kuwait to Lahore, I had to visit National Hospital, DHA for x ray examination where I had to show my Nadra identification card which proved that I am a senior citizen aged above 60 years so the computer itself automatically gave me some concession as per my entitlement very well proves that in my beloved Pakistan, computer do honor senior citizens whereas  I am very sorry to say that own my compatriots do not respect senior citizen rather, on the contra, they shun senior citizen which is very much shameful to be honest.