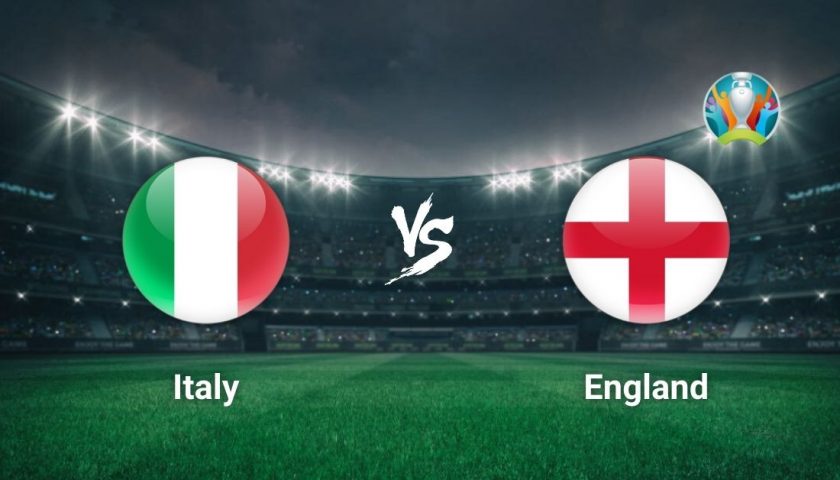 England is Defeated not Humiliated

You must be wondering and may even question as to who am I am and under what capacity and or authority, if any, I will comment on Euro Final 2021 played on 11th July, 2021 in London between England Italy when I am neither UK citizen nor UK resident for that matter and very much surprisingly I am not Italian and I am not Italy resident either as one may construe rather, on the contra, I am a Pakistani male aged 78, living in Kuwait for more than four decades and very much fond of watching high rated football, cricket and hockey matches though here again it be clarified that I could play just a little cricket only while schooling and nothing beyond that but, one way or the other, I have developed interest and craze to watch football matches in any case.

Luckily, I am one of those who could succeed in live watching Euro Final and, therefore, I have picked up an old-fashioned outdated type of fountain pen to record my candid opinion about the match which I have been waiting for very impatiently since last 24 hours if not more to be honest. The match itself very much demanded and commanded that I must be whole heartedly and absolutely glued before television for all the duration of match which could be finished in regular standardized 90 minutes or 120 minutes if need be and may even extend to penalty shoots as the case may be.

No denying the hard fact, Euro Cup is the most fancied cup, just a little lesser important and popular than the World Cup and, therefore, I am not the only one on the face of earth to be so excited or more correctly ignited rather, in fact, millions not thousands are definitely aflame, awakened and enthusiastic to watch the final match between England and Italy on Sunday 11th July, 2021 in London.

Before I pen even a letter, what to talk of a word, let me say on my honor quite explicitly, categorically and vehemently that I will purely and wholly comment on the final match proceedings right from the start till the fag end purely on its merit and merit alone devoid of any personal involvement whatsoever and or even tilting either towards England or for that matter opposing Italy.

Undoubtedly each and every male or female, rich or poor, aged or young, educated or illiterate, city resident or village dweller categorized as a player, coach, organizer and or spectator it was very rightly observed that all were fully charged and felt feverish to watch such a volatile match either physically sitting right in the stadium or for that matter watching it at television as the case may be. Incidentally it be mentioned that due to notorious Covid-19, many did not pick up courage exposing them to the outbreak of the virus by visiting stadium to watch the match but still thousands, not hundreds even took a calculated risk in their lives by buying a ticket and took a seat inside the match arena.

As an honest person, I will pronounce, if not annoying for many, that despite the hard fact that England team had very much experienced, smart and speedy players but yet quite unexpectedly most of them could not play the way they were expected to play resulting in that quite naturally English fans were very much heartbroken the way they played against Italians. Previously England defenders as well as forwards duly punctuated with both wingers had played extremely well without being awed in any sense not only in all league matches but also during knock stage otherwise it was next to impossible for England to reach to the final. I am pretty sure that millions on the face of the globe who have closely watched as to how badly England players played right from the 1st whistle to the last whistle, they will absolutely agree with me that none even could day dream that England will be defeated alike but it happened what should not have happened.

Take a deep breath and hold on as now not me but the figures themselves will speak aloud proving in quite crystal clear terms that England record is too low as compared to Italians to be nakedly blunt but why and how it could happen alike and that too at the stage when very national prestige was at stake, is truly a baffling, astounding and puzzled question which perhaps even the coach and captain cannot explain as to what went wrong, how, where and why?  How England could win the match when it shot just 6 times at Italians goalkeeper end whereas on the other hand Italians hurled 19 shots at England? As regards perfection in attempting to net the football to score a goal, only twice England could shake and test Italian goalkeeper but at the same time Italians were too dangerous as they choked England goalkeeper not once, twice or even thrice but 6 times but full credit goes the goalkeeper who truly proved heroic, surpassing his rest 10 playing colleagues in neutralizing all their attempts otherwise the result had been much more different than what it eventually ended with. England possessed the football just 34% while the opponents Italians had it with them to the extent of 66% itself exposes inability of England team. As regards passes, which is very much deciding factor in achieving victory, I am myself very much disheartened to pen that England score is as low as 424 as against 823 which proudly Italians can truly boast of. I, in my own greater interest must prove to be a true gentleman unless I am my own enemy and, therefore, I salute all 11 players of England for playing so neat and clean game both individually and collectively that throughout the match which extended to 120 minutes Englishmen received just one Yellow card but Italians were bestowed with 6 Yellow cards very well proves my point of view that England players deserve applause on this account.

What a pity, many UK nationals spent their very much hard earned money and even flew to London from different overseas while thousands of fans of both genders varying in ages not only from London itself but from all over the country flew or took trains or even drove themselves all the way to the capital, purchased truly priced tickets to watch the final match but very much regretfully and eventually at midnight they went back with pulled down faces while a few wiped off their teas as well which I also neither expected nor desired alike but alas just 11 not even 111 what to talk of 1111 earned nothing but defeat and such a bitter quinine cannot be swallowed even if one drinks hot or cold drinks to get it down their throat come what may.

What to say and what not to say as none but Prime Minister when gauged that his compatriots are becoming aggressive in condemning those players who unfortunately could not goal during penalty kicks, PM himself had to tell the agitators that none missed the penalties intentionally and it is just hard luck that our best footballers failed to cash the opportune but it does not mean that we should scold our players and he went to say that though I am also hurt alike but yet we must not resort to hooliganism and create law and order situation. Take it easy as done is done and even with the worst ever riots the result cannot be changed hence accept the result with open heart and mind and not otherwise.

Is it not shocking to note that just after the defat so many people of all ages belonging to both genders were too quick to shoot 2000 potentially abusive tweets condemning the poor black footballers for missing three penalties?

Let me be blunt but prudent and judicious, if not annoying to pen that there is lot of anger duly tinged with hate and ridicule that after the end of the match where England got defeated by Italians, many England citizens publicly shouted against black colored players namely Marcus Rashford, Jadon Sancho and Bukayo Saka and even demanded that they must quit England and go back to their countries from where they came for missing penalty kicks which sealed the fate of Englishmen to lift the Cup. Firstly, if people had doubted their integrity, then quite out rightly the trio must not had been included in the team to play the final match in any case. Secondly, the captain who is white and not black allowed these blacks to goal during shoot out so now the protesters should hurl stones at the captain not the shooters. Thirdly, I dare question all those who are agitating against blacks, if they had converted penalty kicks then were these blacks in appreciation of winning the cup, being sent to space for an excursion trip or being weighed in platinum? Fourthly, as to what England citizens had done with their own white Englishmen if they had also missed the penalties, may be blackened their faces or even stoned them? Fifthly, it must neither be ignored nor forgotten that Marcus Rashford who failed to goal during penalty shoots had been bestowed with prestigious title of MBA which very categorically proves that he has been honored alike purely on merit and merit alone as a best footballer and not otherwise. Sixthly, should under the given circumstances it be construed that right from today till the very doomsday, no black whosoever and whatsoever will ever play for England come what may? Seventhly, why none of the protesters showed the courage to question and grip the necks of the forwards and the wingers who, not the defenders, are primarily tasked to score goals but they miserably failed in their roles but very much regretfully none touched them at all.

Honestly speaking this defeat is certainly a blessing in guise in a sense that now the top officials and the coach must have found out as to where and how did the team lack and which player is the most effective and which one is sluggish. Match recordings played time and again will tell the concerned authorities as to which are the weaker areas which need to be improved upon.  Undoubtedly some England players are reckoned globally and, therefore, when they play along with other cream, the team as a whole turns out to be most aggressive, lethal and match winning capable of defeating best of the best teams I bet. There is plenty of time available for those who matter to very critically resort to fault-finding methods so that each and every player who played the final along with those who were all dressed and geared up to play, if substituted, can be assessed and evaluated so that the best of all be grouped up to play in World Cup in 2022 in Qatar which is not that far away in any case.

Summing up, I am with 67,886,011 UK nationals and not just wish but very sincerely pray that England heroes playing under air-conditioned stadiums in Qatar bring home the most coveted World Cup 2022 to bring back smile which has been forcibly snatched away at Euro Final just a day before.