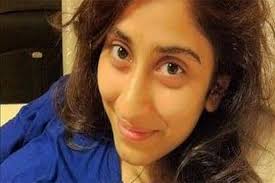 Shame and utter shame is our name

Shame and utter shame even to read what to talk of commenting on the gruesome murder of Noor Mukadam daughter of Shaukat Mukadam our former ambassador to South Korea by Zakir son of a business tycoon and that too neither before nor after but right on eve of Eid-ul-Azha 2021 in posh F-7/4 of Islamabad makes it still the more sensational and explosive in its nature to be honest.

However, murder is murder even if one views it from any diversified angle and or perspectives, murder will still remain murder which, as such, cannot and should not be justified whatsoever for any reason and rhyme in the greater interest of the humanity otherwise categorically and absolutely we will be living purely in savage nomadic life where there are no rules and regulations whatsoever except that might is right can only be the guiding principle.

I must audibly and distinctively pen right over here that under all circumstances I will comment purely on its merits and merits alone as reported by different newspapers without favoring the murdered girl nor even opposing the accused for that matter otherwise it will be much better for me to just keep quiet rather than comment on it.

Factually speaking, the news itself is not just a news, as many may construe it alike, rather on the contra, it is quite deep rooted and well dug issue which is to be viewed from variety of different perspectives and investigations to reach to its depth otherwise it will be nothing more than a futile exercise to tell you the truth.

At the very outset, I simply cannot absolve former ambassador Shaukat Mukadam and his wife allowing their daughter to visit the accused even if both parents are family friends. We must not forget that Islam which is our religion very categorically and strictly prohibits male and female to meet whatsoever so that there is no possibility of mixing together which may lead to disaster like this. The girl and the accused were friends tips that they it was not the very first day in their lives to meet each other though in reality they must had met many times before as well but, for some unknown reasons, on such fateful day something really went wrong which led to her murder.

The news says that Noor was hit with very a sharp object which proved too fatal and as a result she died. The news even states that Zakir even slit her throat which is extremely savage and absolutely heinous in nature but what prompted him to resort to slitting her throat is to be properly assessed simply because it is very rare that the killer does like this yet he did but what he wanted to achieve from this is to be thoroughly probed?

SSP Investigations reports that the killer arrested from the scene of the murder was found to be quite stable, sound and in his senses. Normally, the killer after committing such grave crime absconds from the scene but he did not run away and instead remained at the crime site. Many people simply cannot see human blood and majority of them even faint seeing the blood but here Zafar is found right before the dead body of Noor proves that he has exceptionally very strong nerves.

Jang reports that Zakir has criminal record in UK where he has even been jailed. I am really very much perplexed as to how and why former ambassador did not take cognizance of his such criminal behavior? Pakistan Observer writes that Zakir called Noor parents telling them that she is going to Lahore with friends but my question is that when he is not the guardian of Noor so in what capacity, if any, he informed her parents about her trip to Lahore?  Later on, he called them again saying that she is not with him meaning by he wanted to commit the crime without being noticed by her parents because he was afraid that they may visit him to know about her whereabouts. Newspaper reports that the parents of Zakir are trying to bribe police to let him fly out of Pakistan. PO further states that the accused parents are also threatening the former envoy of dire consequences. Former ambassador has issued a statement saying that he demands justice whereby Zakir is punished as per the laws of the land.

Summing up, under the given circumstances it is a real test case and time itself will prove if the aggrieved party gets justice or not in my beloved Pakistan.

Crux is that we Muslims must very strictly follow Islamic teachings but if, for any set of imagination, we ignore the cardinal principles of divine laws like what we noticed in this case then we must always be prepared and that too on 24 hours’ basis to blame none but self for facing such like heartbreaking situations.