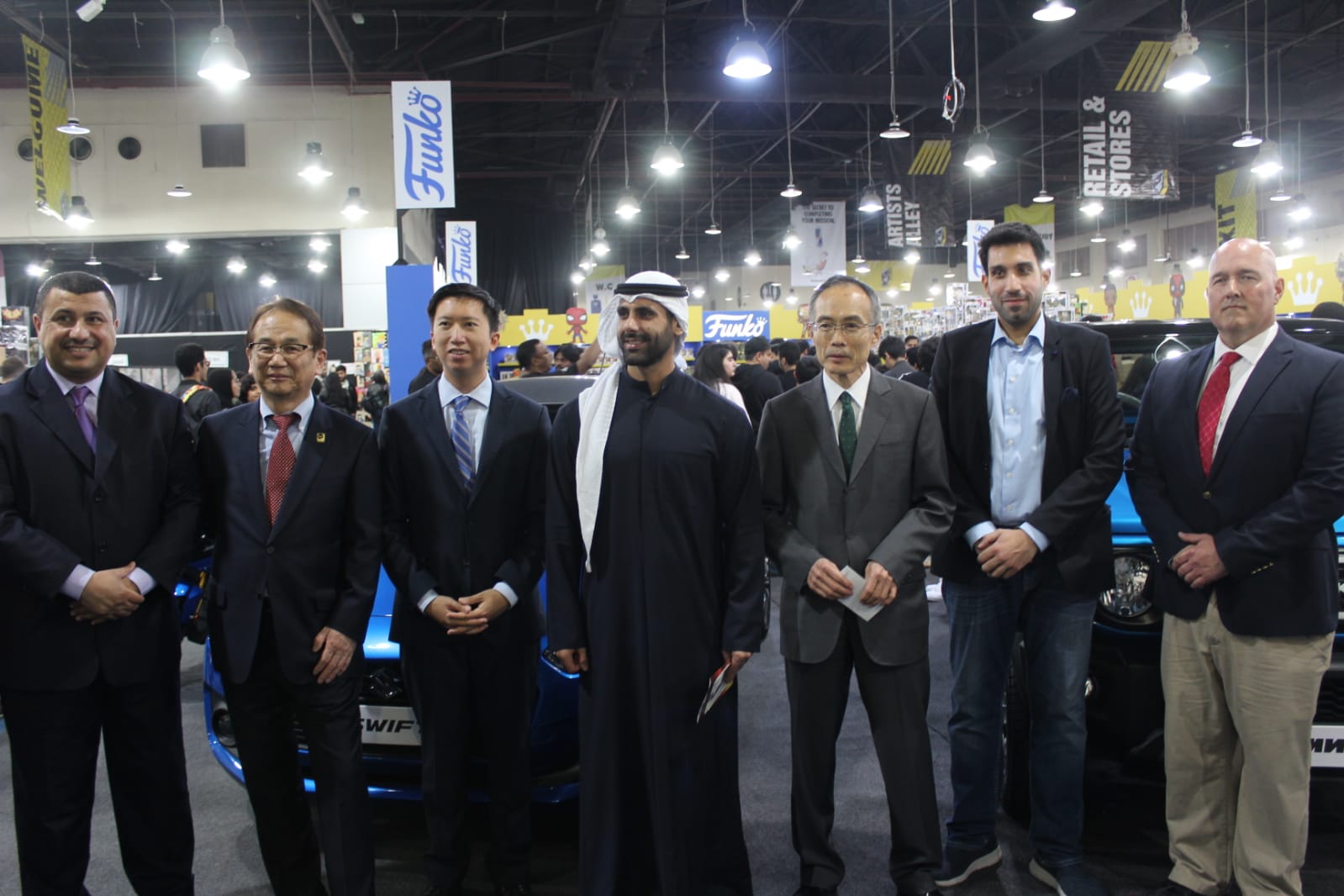 The Embassy of Japan participated at Kuwait Comic Con 2020 was held from January 30, 2020 to February 1, 2020 at Kuwait International Fairground in Mishref. The inauguration ceremony was attended by newly-appointed Japanese Ambassador to Kuwait Masato Takaoka. Japan’s embassy official leads by Ambassador Masato Takaoka attended the event. Second Secretary and Cultural Attaché Setaro Sasaki at the Japanese Embassy and Dana Ziber, Assistant of the Cultural Attaché  also participated in the event along with other Japanese volunteers.

Event organizer Yousef Fawzi Mustafa Karam welcomed the ambassador. A lot of Kuwaiti young men and women were in attendance; many of them dressed as (anime and video games) characters that they like.

This convention offered the opportunity for the audience to meet their favourit celebrity guests including Hollywood Stars, TV shows actors and voice-over talents from popular video games and cartoons. Visitors enjoyed multiple activities suitable for both children and adults such as stage performances, dozens of vendors and figures stores, anime, and manga shops and artists, cosplay shows and video games, competitions and entertainment were aplenty at Kuwait Comic Con 2020.